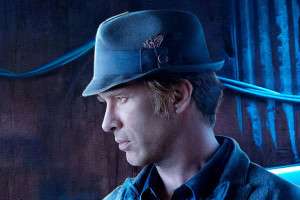 Miller – and really, he just goes by his last name – is a hardened, world-weary detective. His work in the Asteroid Belt has shown him the worst sides of humanity. His new job, tracking down a missing girl, will change his life or end it.

Thomas Jane had a breakout performance in Paul Thomas Anderson’s Boogie Nights. From there, he became a prominent face in several high-profile features, including Deep Blue Sea, The Punisher, The Mist and Dark Country, which he also directed.

Thomas played the lead role in HBO’s hit sports drama 61 and the comedy-drama series Hung, for which he earned three Golden Globe nominations. 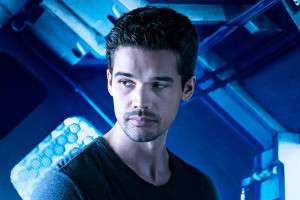 Jim Holden – Originally from Montana, Jim Holden has taken a position on the Canterbury after getting kicked out of Earth’s Navy. He lives to avoid responsibility, because once he’s taken on a cause, he can’t stop until he sees it through.

Steven Strait is best known for his portrayal of Stevie Evans in the acclaimed Starz series, Magic City, created by Mitch Glazer and co-starring Jeffrey Dean Morgan and Danny Huston. Set in the Miramar Playa Hotel in the flashy, turbulent world of Miami in the late 1950s, Magic City explored the mob and CIA activity in Miami against the political upheaval in Cuba. Steven will reprise his role in the upcoming feature film adaptation, co-starring Bruce Willis and Bill Murray.

Steven made his film debut as angst-ridden teen, Warren Peace, in Disney’s Sky High. Other film credits include Roland Emmerich’s 10,000 BC, City Island, Undiscovered and The Covenant. 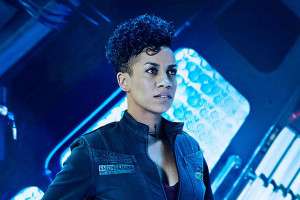 Naomi Nagata – Naomi is a Belter (someone born and raised in the Asteroid Belt) who grew up on prospecting ships crewed by her people. Entirely self-taught, she knows every inch of every ship she works on. She’s the best engineer on the Canterbury, and she never talks about her past.
Dominique Tipper recently starred in DxM, a high-octane thriller centering on a group of young bio-engineers who realize that quantum theory can be used to transfer motor-skills from one brain to another. Set for release in 2015, DxM co-stars Sam Neill.

Dominique’s other film credits include Vampire Academy and Fast Girls. 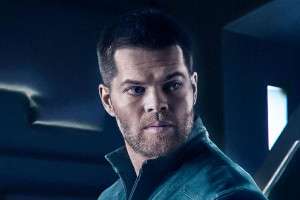 Wes’ television credits include Sleeper Cell, Barbershop, The Unit and The Mentalist. 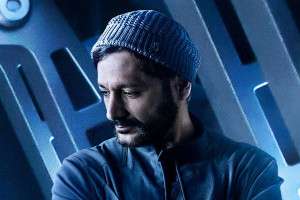 Alex Kamal – A veteran Navy pilot born on Mars, Alex Kamal is a restless soul who only feels at home aboard a ship. Beneath his good ol’ boy attitude is a true professional whose skill and wisdom continually save the crew from dangerous and seemingly impossible situations.

Cas Anvar’s big break came with his role in the Cruise/Wagner film Shattered Glass, co-starring Hayden Christiansen and Chloe Sevigny. Cas appeared with Ben Affleck in the Oscar-winning Best Picture Argo, with Jake Gyllenhaal in the sci-fi adventure Source Code, and with John Cusack in the suspense thriller The Factory.

Other film credits also include Steven Spielberg’s The Terminal (with Tom Hanks and Catherine Zeta Jones), the Princess Diana biopic Diana as Dodi Fayed (with Naomi Watts) and the horror film The Vatican Tapes.

On the small screen, Cas has appeared in NCIS:LA, In Plain Sight, Boston Legal, Castle, 24 and the Syfy series Olympus. 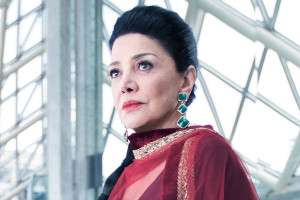 Christen Avasarala – The Deputy Undersecretary for the United Nations, Chrisjen Avasarala is a master of politics who achieved her position without a single vote cast in her name. She’s an unstoppable behind-the-scenes operator who will do whatever it takes to protect Earth … regardless of the consequences.

Shohreh Aghdashloo starred in the BBC/HBO mini-series House of Saddam, in which she portrays Saddam Hussein’s wife, Sajida, and for which she won the 2009 Emmy for Outstanding Supporting Actress in a Miniseries or Movie.

Shohreh’s film credits include House of Sand and Fog (for which she received an Academy Award nomination), The Exorcism of Emily Rose, X-Men: The Last Stand, The Nativity Story and The Odd Life of Timothy Green. 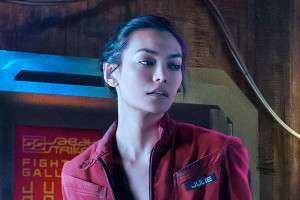 Julie Mao – The rebellious oldest daughter of Jules-Pierre Mao and heir to one of the most powerful corporations in the solar system, she knows the secrets of Earth and the Belt. And she’s missing.

Florence Faivre’s television credits include Alpha House, The Following, How to Make It in America and Kings.

Her film credits include Chok-Dee, The Elephant King and The Coffin.