410 Cibola Burn – The Expanse Podcast – Tales From The Rocinante 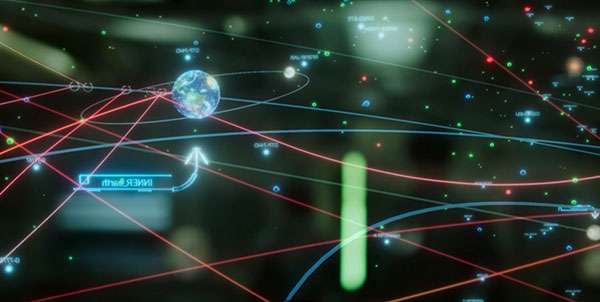 This week we discuss the tenth and final episode of season 4 of The Expanse titled “Cibola Burn”.

The episode opens with Dr. Elvi Okoye falling through the void with Miller. The terrifying experience of passing through the eye leaves her shaken. The machine that once housed Miller sits inert on the floor next to her.

The essence of the detective is gone, and around the planet, all energy reading from the ancient protomolecule machinery goes dark.

With Elvi now safe, Holden goes and finds the badly injured Amos and brings the big man and Murtry back to the void chamber.

Jim asks Elvi what she saw in the void. She tells him it was more of a feeling. She could feel the spaces between things and a presence that was moving towards her. Jim has experienced that feeling himself.

Holden then decides to climb the chamber wall to an opening way above them. Before doing so he makes Amos promise not to kill Murtry while he’s gone.

He scales the wall to the top and looks out over the vastness of dead protomolecule machinery covering the planet. He calls the Roci and asks them to come to pick them up.

In orbit, seeing the energy readings on the planet end, Naomi successfully fires up the Roci’s reactor and is soon followed by the Barb and the Edward Israel.

Everyone is celebrating, but Lucia knows that she will now have to answer for what she did on the planet.

After receiving the call from Jim they head to the planet and pick them up. Including Murtry who they are holding as a prisoner.

Lucia is brooding. After everything she did to save her family, she’s never going to see them again. She doesn’t think they’ll want to talk to her again, but Alex convinces her that she’ll regret it if she doesn’t open up to them. He urges her not to make the same mistake he made with his family.

Naomi is sad about Lucia’s fate. The Belter woman never intended for anyone to get hurt, but she’s sure to be made an example of for others. But Holden offers to alter his report and say that Lucia was lost to space when the Roci was attacked by the Edward Israel’s shuttle.

Down on the planet, the RCE team and the Belters work together to build a new settlement they’re calling Second Landing.

Elvi is excited for the chance to be the first scientist to study the war between the Builders and whoever killed them. Holden just wants to make sure that they don’t become the second victim to the killers.

As the Roci and the Barb leave orbit. Felcia says goodbye to her family as she heads to school on Ceres station. On Elis, Lucia and Jakob have taken Chike into their family.

In the cargo hold. Naomi and Holden remove the section of deck Miller told them about. The place the now inert glob of protomolecule into a torpedo and fire it into the nearby sun, Holden contemplates his friendship with Miller and how he’ll miss the strange man.

When Naomi learns of the bounty on Marco Inaros she immediately sends a message to Fred Jonson asking his help in finding her son Filip.

Now that both Amos and Murtry are healed. The two men finally have their fight. Murtry throws the first punch and immediately regrets it once he sees the look in Amos’ eyes.

At an abandoned steroid mine in the Belt, Ashford is following the trail of Marco Inaros. He suspects the Belter terrorist was there very recently but he doesn’t know why. The iron-nickel asteroids are worthless so why the interest?

He manages to extrapolate the trajectory of a ship that passed by there with its transponder off and sets pursuit.

In the cargo bay, a Martian, one of Marco’s known collaborators is being interrogated. Ashford wants to know why Mars is helping a Belter Terrorist. The MCRN Supply Officer says it’s for money, Mars isn’t what it used to be.

He was apprehended on Callisto station where he has access to the MCRN arsenal. Ashford suspects he was selling weapons to Inaros.

Ashford warns the man, that violence is an indiscriminate tool. If you use it against your enemies it sometimes kills the ones you love most.

The MCRN Officer has nothing else to say. After Ashford leaves him along he manages to get his hands on a pair of pliers.

Ashford’s crew wants to do away with the Martian but Ashford teaches them compassion. Yes, you need to show strength but then you show a smile. This way they’ll open up to you. Inaros knows this, it’s what makes him so dangerous. His crew is not convinced.

Upon further investigation, Ashford discovers that Marco took two of the asteroids with him and that could only mean he’s planning an attack. But where? Maybe Tycho or Ceres as revenge against Fred Johnson and Anderson Dawes.

Unfortunately, the MCRN Officer manages to kill one of the crew members with the pliers and is killed by another before he can give them answers.

On Mars, a suspicious Bobbie is following Beltran when she runs into Leelee. They compare notes on the man. From what they’ve figured out, he’s a low-level desk jockey. So how has he been able to supply them with top-level security codes? Bobbie suspects he may be an intelligence officer playing them.

Bobbie thinks his latest score is a setup, and she thinks the big payout has blinded Esai to the danger.

Leelee hears her out but decides to go along with the plan. It’s too much money to pass on.

Bobbie continues her investigation and discovers that Leelee was part of the Protomolecule Working Group but her file is classified.

She later learns that Beltran is dead and tries to call Esai to warn him but he turns it off without answering.

She goes to the secret exchange location and discovers it’s an ambush right as the shooting starts.

Esai is killed and Bobbie goes after the assailants. A bomb detonates shattering the warehouse’s dome ceiling exposing it to the Mars atmosphere. Bobbie manages to escape through an airlock pulling a distraught Leelee with her. They were all supposed to die in the ambush. Whoever coordinated it must be very high up in the ranks. The merchandise stolen was Mars stealth technology.

The news outlets are reporting the explosion as a terrorist attack. They need to get off-planet. Leelee offers to take Bobbie with her to Ceres station but the ex-Marine has other plans. The two-part ways.

On Earth, Avasarala and her command team sift through Holden’s report. With the protomolecule now inert, the RCE science team and the Belters have agreed to remain on Ilus to rebuild the settlement.

The Roci will escort the Barbapiccola to the Ring Gate for it to sell it’s ore while the Edward Israel will remain in orbit and offer help to those on the planet.

Christjen knows this report is the final nail in her coffin and is exactly what Nancy Gao needs to win the election.

Fast forward to after the election. Nancy has won. In her victory address, Gao states her intent to fully open the Ring Gates for exploration and for colonization.

A graciously defeated Avasarala is summoned to Luna to meet with Nancy’s transition team. She asks Arjun to go with her but he thinks it might be better if he stayed on Earth as they both adjust to their new lives. The two obviously have a lot to work out.

Chrisjen later records a heartfelt message to Nancy Gao, welcoming her to her new office and offering her advice and wisdom on what the new Secretary-General should expect.

As she finished her recording she receives a message from Bobbie warning her about the secret military dealings between Mars and the Belt. And if the offer still stands, she would like to come work for the Earth woman.

Somewhere in space, drones apply a stealth pain to huge asteroids effectively masking them from sensors and view.

The ship carrying the asteroids is attacked and power is knocked out. On the bridge, Marco Inaros prepares his crew to repel a boarding attack as Ashford and his crew land on the ship in a pod and prepare to board.

Ashford fights his way to the bridge where he faces Marco. Ashford has Marco dead to rights when a young man steps out from the side with his gun trained on Klaes. It’s Filip, Naomi and Marco’s son.

They place Ashford in an airlock. Marco is surprised the old man isn’t begging for his life, but Klaes won’t give him the satisfaction.

Instead, he secretly turns on his communicator and starts broadcasting as he tries to get Marco to confess he’s attacking Tycho Station. But Marco says the days of Belters attacking Belters are over.

He tells Ashford he’s thinking too small but doesn’t elaborate any further.

They open the airlock doors and Ashford floats out to his death with an old Belter song on his lips. The communicator on his wrist sending its message.

Marco then puts his grand plan into action. Setting everything up, and launching several stealth asteroids towards Earth.

That’s the end of the episode and the season.