308 It Reaches Out – The Expanse Podcast – Tales From The Rocinante 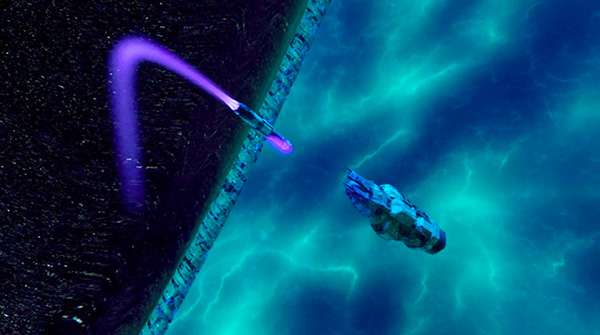 This week we discuss season 3 of The Expanse with the eighth episode titled “It Reaches Out”.

Science of ‘The Expanse’: TV show sticks to space realities (with one big exception)

The episode starts on the U.N.N. Thomas Prince. Those onboard arguing while they try to figure out what happened to Moneo when he entered the ring.

On board the Seung Un, Melba wakes to what she did to Ren. Pressed for time to return to the Thomas Prince, she shoves his body into an access panel and hastily cleans up the blood and resets the bomb.

Back on board the shuttle, Stanni gets under Melba’s skin by teasing her about his imagined hookup between the new girl and her boss.

Visibly shaken by what she did, Melba almost crashes their shuttle.

On the Roci, Jim thinks he’s going crazy. He keeps seeing Miller, but the detective disappears whenever someone else is around.

Monica confronts him about his behaviour. She’s there for his story and she feels like he’s holding something back.

Holden brushes her off by telling her he’ll do better, and then heads to the medical bay to run tests on himself. He keeps running them over and over but the results always come back clean.

But it doesn’t prevent Miller from showing up again. The detective is talking nonsense, sputtering about doors and corners.

Amos catches Holden arguing to an empty room and offers an ear if the captain wants to get anything off his chest but Jim politely declines.

Upon reviewing security footage from before Amos showed up, Holden sees that he was always alone in the room.

Amos catches Cohen, Monica’s cameraman wandering parts of the ship he has no reason being in and sends him on his way.

He later spies Amos’s and Alex’s private conversation. The two are concerned about Holden’s behavior. Amos confesses that he looked at Jim’s medical logs, all 35 scans for the Protomolecule he ran, but all of them came up clean. The two agree to keep an eye on Holden.

Meanwhile, Monica is interviewing Holden in private when he asks to see her archived video footage. He compares the moment Moneo entered the ring and the first time he saw Miller. He’s shocked to see the two coincide.

As soon as he kicks Monica out of his quarters Miller is back talking nonsense again. When Holden asks Miller why only he can see him, the detective says it’s because he has a ship.

When Holden asks him to explain further, Miller switches back to his story of a brothel in sector 18 and he keeps telling this rookie to watch his doors and corners and how you don’t go rushing into a room.

With everyone distracted, Cohen accesses one of the Roci’s computer panels and swaps out a chip.

On the Behemoth. Drummer, Ashford and Naomi are discussing Moneo’s fate and wondering how Earth and Mars will blame them for it.

Drummer is feeling out of her league and is doubting her command skills, Ashford’s presence isn’t helping. Naomi reminds her that they all have their place in the new Belter nation. But Drummer being cynical refutes her.

Later, Ashford proposes a toast to Anderson Daws and Fred Johnson for getting them there and to Moneo for foolishly sinking his teeth into the unknown for love. Kicking the door open for all of them.

Back on board the Thomas Prince, Anna spots Melba and notices something off about the girl. The Reverend asks her if she’s ok, Melba looks hesitant, as if she wants to answer before telling Anna she’s ok and walking away.

Once alone, Melba activates and triggers her bomb destroying the Seung Un, setting off alarms across the sector.

On the Roci, they’re trying to figure out what just happened. For some reason, most of the ship is locked out to them. Then unexpectedly they start broadcasting a message from Holden taking credit, on behalf of the OPA that they are the only benefactors of the Ring and to prove his point he admits to destroying the Seung Un as a show of force.

Tensions are high. Holden swears it’s not him but the other’s are questioning his recent behavior and aren’t so sure.

With ships targeting them Alex fires off the drive to get them out of there.

Holden comes to a realization and runs from the deck in close pursuit by Amos. The big man tries to stop whatever his captain is about to do but Holden pleads with him to trust him, something he’s never asked of Amos before. Amos concedes to give him one minute alone.

Holden enters the airlock alone and sees Miller who once again talks about entering a room, and how if you do it too fast the room eats you.

There’s confusion on the Behemoth, Naomi swears that the message can’t be Holden. Drummer and Ashford are less concerned about the message than what Earth and Mars are going to do next.

To Naomi’s shock, Ashford suggests firing on the Rocinant. It’s the only way to disavow their connection to Holden.

Naomi protests when Drummer orders a missile lock and is forcibly removed from the command deck.

With a lock in place Drummer orders them to fire their missile.

Back on the Roci, with a missile bearing down on them, Holden orders Alex to fly towards the Ring as fast as they can and then flip and burn and do a massive deceleration before they enter it.

Holden tells Amos that he can’t explain it, but Miller told him what they need to do. Without hesitation, the mechanic tells Alex to follow the Captains orders.

At top speed, they head for the ring, flip and burn before they all pass out.

When Holden awakens all is quiet, The monitors show them within the ring with the missile suspended less than a ship’s length from their bow.