301 Fight Or Flight – The Expanse Podcast – Tales From The Rocinante 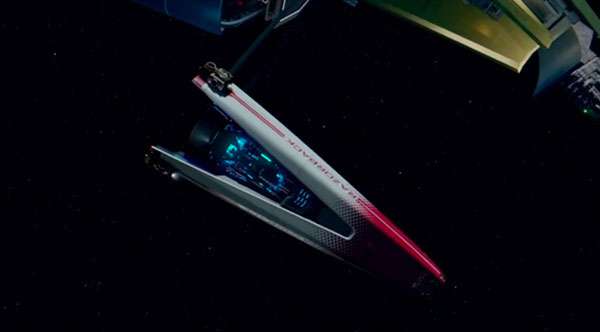 This week we start season 3 of The Expanse with the episode titled “Fight Or Flight”.

No special news to report this week.

The episode opens immediately after the dismantling of the Aberghast above Venus. Not knowing what happened, the entire system braces for war.

The UN Secretary-General want’s to get Mars back to the negotiating table but Errinwright convinces him instead to formally declare war on Mars plunging the system into chaos.

Afraid for himself, Errinwright spins a tale, telling the Secretary-General that Avasarala has been behind everything that has happened on Eros and Ganymede and is in league with Mao in creating the Protomolecule.

He succeeds and the Secretary-General orders him to apprehend her at all costs.

Back on the Rocinante, the crew is cleaning up after the battle with the Protomolecule monster. While repairing the deck plating in the cargo hold a small sample left behind by the monster goes unnoticed.

Tensions are high in the aftermath of Naomi’s betrayal. She lied to them about destroying their Protomolecule sample and instead gave it to Fred Johnson. Her intentions were well meant but the rest of the crew doesn’t see it that way.

With war now raging throughout the system, Holden decides to hide the Rocinante by changing its transponder and drive signature. At Prax’s suggestion, they rename the ship the Contorta, after a pine tree from Earth.

Naomi suggests the crew goes to Tycho Station where Fred Johnson can help them. Alex and Amos don’t like the idea but concede that it is their best option.

Not sure what’s ahead for them. Alex records and sends a very heartfelt message to his family back on Mars.

After a brief conversation with Prax and a little bit of research, Holden realizes that the Protomolecule is somehow related to Iao, which also has ties back to Jules-Pierre Mao.

Swearing to do what they promised Prax they would do. Holden suggests they go to Iao to look for Mae. Naomi strongly objects but the rest of the crew overrule her.

Aboard Jules-Pierre Mao’s ship, Avasaraly tends to an injured Cotyar while Bobby tries to take control of the ship.

Knowing that Errinwright will do everything in his power to prevent Christjen’s escape They make plans to leave the ship.

Bobby enlists the aid of Mao’s Junior electrician. The four of them take over the bridge, only to realize that missiles are en route to destroy them. They have to abandon the ship.

Before leaving Avasaraly has the electrician retrieve copies of all communications to and from the ship. Proof that Errinwright is a traitor.

They make their way to Julie Mao’s racing Pinnace, the Razorback only to discover it’s a two-seater. Bobby and Avasarala narrowly make their escape while Cotyar and the electrician run to the dropship.

Their fate is unknown.

In the Belt, Fred Johnson sends a message to Anderson Daws letting him know he has the Protomolecule. Since Daws has the scientist that worked for Protogen, Fred is hoping the two can come to terms and share their resources for the betterment of the Belt.

Drummer isn’t happy with Fred’s decisions to include Daws.

Fred asks her to lead a salvage mission to retrieve the Nauvoo. She sees it as a punishment for opposing Fred’s plan to untie the Belt. But she agrees.